Our children's wear line is based on smaller simplified, versions of our adult clothing, as it was in period. Head-coverings were a critical component of dress in the Middle Ages. Hoods were common with men and women of all classes, and came in a wide variety of forms: long and short tailed, dagged or straight hems, either pull-over or with an open front that was buttoned or pinned closed. Only the sumptuousness of the fabric, elaborateness of the dagging, or extreme length of the tail distinguished the hood of a duke from that of a villein. In general, the most extreme version of this style with the longest tail was typical in the mid to late fourteenth century, while the shorted tail was most common before and after this time. This design has an open front that can be closed with your own pin, or you can add your buttons to customize its look. Any of these hoods can be ordered with short or long tail in any of the colors listed (subject to fabric availability).

Be the first to review “Children’s Tunic” Cancel reply

ABOUT OUR MEDIEVAL CHILDREN'S TUNIC

Our children’s wear line is based on smaller simplified, versions of our adult clothing, as it was in period. Throughout the Middle Ages clothes were worn in layers, with a light linen tunic forming the foundation over which additional linen or wool garments were worn. The exact nature of these earliest garments is unknown, but by the 13th century, they had evolved into a simple, style we commonly call the tunic. Fortunately, not only is the shirt of this time well represented in surviving artwork, but a single piece, believed to be that of Saint Louis (King Louis IX of France), survives in a remarkably preserved condition.

Worn with shirt and hood this ubiquitous silhouette was a common style for medieval children, be he child of duke or cotter. Most clothing for younger children was relatively simple in form and therefore had a very unisex look. The simple tunic shown here could function as an under layer worn under the long tunic (usually in white) for boy or girl or alone in a color as a short tunic outer layer .

Drawing after a details in the Lutrell Psalter circa 1340, British Museum, London, England 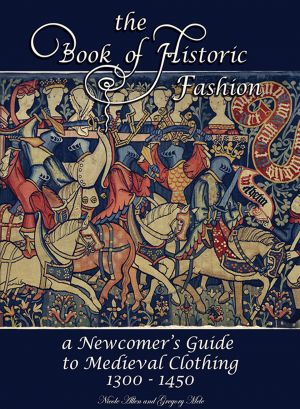 Book of Medieval Fashion
$29.95
Add to cart
Add to Wishlist 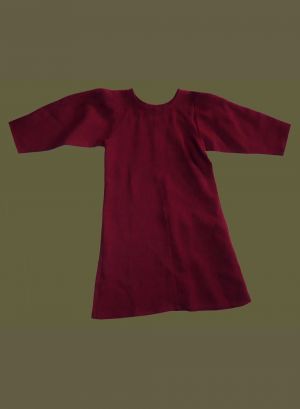 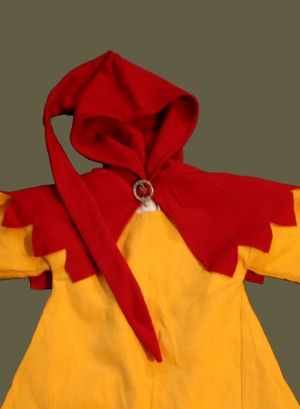 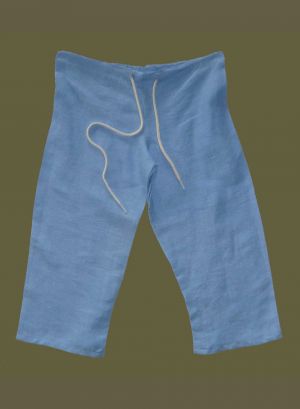